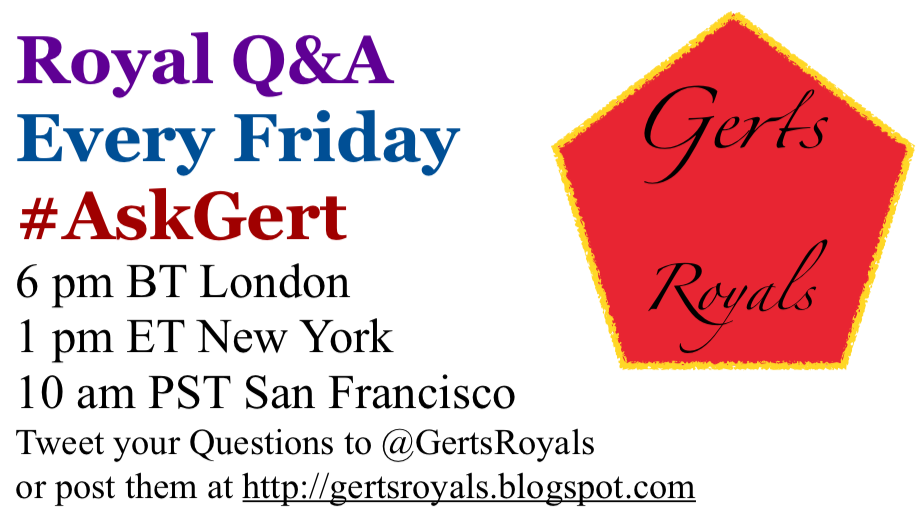 Question 1: What are my chances with Prince Harry? Do you think he likes blonde Americans? by Purple unicorn lover

Answer: Prince William reportedly dated an American before Kate, So why not Harry as well. The fact that you are American doesn’t work against you. Harry’s dated both Blondes and Brunettes, although his two high profile Girlfriends have both been Blondes. I think anyone has a chance at Prince Harry, you just have to meet him and make him fall in love with you.

Question 2: What is Prince William's Job? by Anonymous

Answer: Besides Royal Duties, (Being Patron of Organizations and Charities and undertaking official engagements on behalf of the Queen and country) Prince William is currently training for his job as a Ambulance Helicopter Pilot. He is about 3/4 done with his 14 exams to gain a commercial pilot's license. (William previously worked as a Search and Rescue Helicopter Pilot for the Royal Air Force) He should be done with training by early summer.

Question 3: Are William and Kate having a Girl named Diana? Or are they naming it after Pippa?  by Maria


What about the rumour that it's Tracey. After Emin? by @GalleryBluemoon

Answer: With Prince George, William and Catherine did not know if they were having a Girl or a Boy ahead of time. They also took two days for them to pick and reveal Prince George’s name to the public. So mostly likely they will do the same this time, meaning we won’t find out till after the birth. And if they did know the sex of Baby #2 and have a list of names a head of time, I’m pretty sure that their list wouldn’t get leaked to the American Media.

I doubt they would use the name Diana (William’s Mother) for a girl. A number of betting agencies have also suggested Charlotte as a possible name (Charlotte is Pippa’s Middle Name) I think it’s unlikely that Charlotte, being a name used by the immediate family, would be used for #RoyalBaby 2 either. But we will know for sure in a Aprox. 2 months.

Question 4: Why wasn't Pippa's Boyfriend or James's Girlfriend invited on the Family Trip for Carole's Birthday to Mustique? by RoyalLove247 #

Answer: Who knows why exactly. Nico has participated in some trips with the Middletons before. And it seems like Nico, Pippa’s Boyfriend or Donna, James’s Girlfriend are well liked by the family. This trip was a Private Family Trip. I think the fact that William, Catherine and George were there meant they wanted to close ranks and protect William and Catherine’s privacy as much as they can. The larger the group, the more attention it brings, and more likely things will get leaked to the media. Although I don’t think Nico or Donna would leak any of the details themselves.

Also neither Nico or Donna were reportedly invited to stay at Amner Hall (William and Catherine’s Norfolk Residence) over Christmas.  I wouldn’t read anything into it. It’s just how they operate.

Question 5: Will There More Photos of William and Kate’s Holiday Released?

Answer: One would hope not and that William, Catherine and the Middletons get to enjoy their family vacation privately. Photo’s of the Cambridges holidays seem to be taken by the press every year, but are usually held till after they return from their holiday to be released for security reasons, that was not the case this time however. Photo were published by the NEW YORK DAILY NEWS. There is still a chance that there might be more photos released. These photos however will not be published in the UK, only in Foreign Media.

I would like to suggest to eh Middleton’s that they choose a new Vacation Spot next year. You secret is out and has been out for a number of years now.

Question 6: What do you think of Will & Kate bringing the nanny along on holiday? by @kateinthestreet #AskGert

A2: Being so young George can’t participate in all of the grown up activities, late night dinners, Snorkeling, etc. George is the only small child, in the group. By having the Nanny along you can have someone to watch over George while William and Catherine spend time with the rest of the Middleton’s, celebrating Carole’s Birthday or doing what not while not being confined to 1 & 1/2 year old child activities. Also Catherine is pregnant, and William is studying for Exams, so it probably nice to have an extra set of hands to watch over George. He seems like a hands full.

That being said, William and Catherine are very hands on parents and so is the rest of her family. As I pointed out on Twitter the photos, published by the NEW YORK DAILY NEWS, showed George holding Catherine’s hand, not the nannies.

Also some people asked why William was on the Beach while Kate was with George. It is important to realize that, first we don’t even know if those photo’s were taken on the same day at the same time. Second, they were snorkeling on the beach which may not be the most toddler friendly activity, when paired with a bunch of adults. They are going to want to swim out father and deep than a little toddler should. Also, the Villa the Cambridges are staying at has a kids pool, which would probably be a better fit for George to practice swimming in. Third this was one moment of the trip that is being shown in the photos, it’s not indicative of the whole trip. I’m sure William sent plenty of time with George while in Mustique. William is a very hands on father and enjoys bonding with George. William is actually president of the British Sub-Aqua Club. George started learning to swim by his first birthday and reportedly loves bath time. So I'm sure William and George have spent plenty of time together in the Villa Pool.

''I hope that one day my son, George, will also experience the wonders that snorkelling and scuba diving have to offer.” Prince William at British Sub-Aqua Club in July 2014