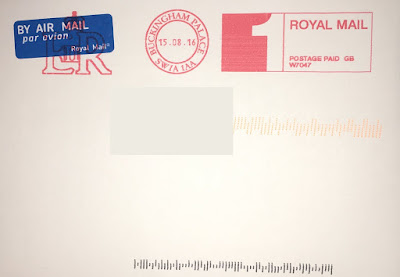 This arrived today! I had written to the Cambridges last month for Prince George's 3rd brithday, and received this lovely card in reply. It's their typical response, postcard size photo with typed message on back. 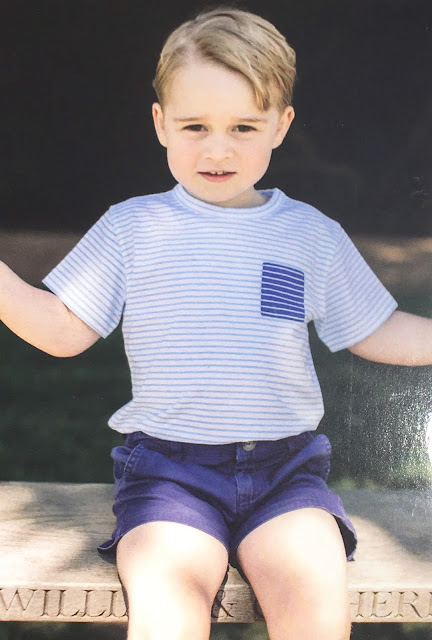 The message on the back is the same as the ones for George's 1st and 2nd birthday. 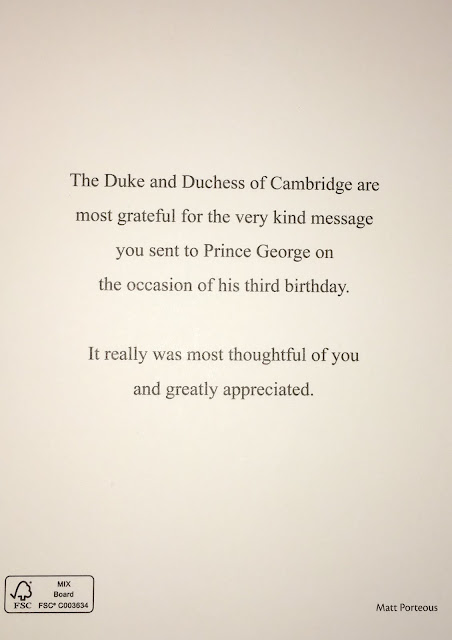 George's birthday replies are always very special to me, cause the first time I wrote to the royals was Prince George's 1st birthday. So, Gert's Royals is now entering it's 3rd year of letter writing. 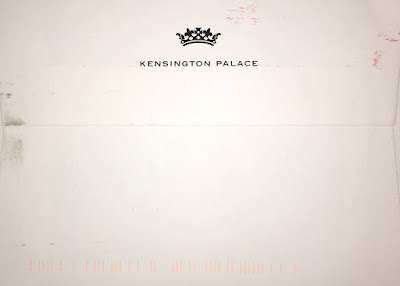 The back of the Envelope features a Black Crown with Kensington Palace written underneath. (The crown in the same one used in William, Catherine & Harry's Monograms.) We have been seeing this monogram get used more and more by Kensington Palace, usually for joint mail.

The British Royals don't usually do joint monograms, like you see with other royals. Instead they use the monogram of the more senior royal.

So this "new" black monogram is nice in that it can be used for joint things from the 3 royals or 2 of them. It's not exactly new, I remember seeing a few things with this years ago when their office was still at St. James Palace. But we've seen it on a number of royal letters now, and in official things. I think this is here to stay, and we will see a lot more of it.


The Duke and Duchess and Prince Harry have sent this message to @TeamGB #Rio2016 #BringOnTheGreat pic.twitter.com/QvGC2BqL2c
— Kensington Palace (@KensingtonRoyal) August 22, 2016