With the 2nd reply, again I puzzles over who this could be from. The reply obviously came from Britain. But it lacked some of the usual marking of an envelope from the Royals: No EIIR, no Buckingham Palace postmark, and no paid postage stamp. There is no monogram or coat of arms on the back. And for the first time ever the address is hand-written. 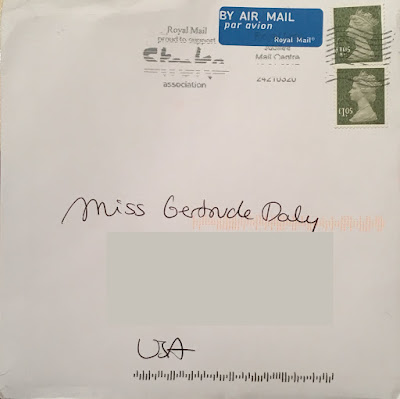 I didn't really know what to make of the envelope. Everything crossed my mind, including one of you tracking down my address and writing to tell my you loved Gert's Royals.

The reply is from Princess Tessy of Luxembourg. I had written to her in October for her Birthday. I had sent my letter to the Palace in Luxembourg, who forward it on to Princess Tessy, who lives in London with her children. (And no we don't have Princess Tessy or Prince Louis London Address, letter for them should be sent to Luxembourg.)

The reply is the family's Christmas card, signed by Princess Tessy. It has a little addition, thanking me for my Birthday Wishes. 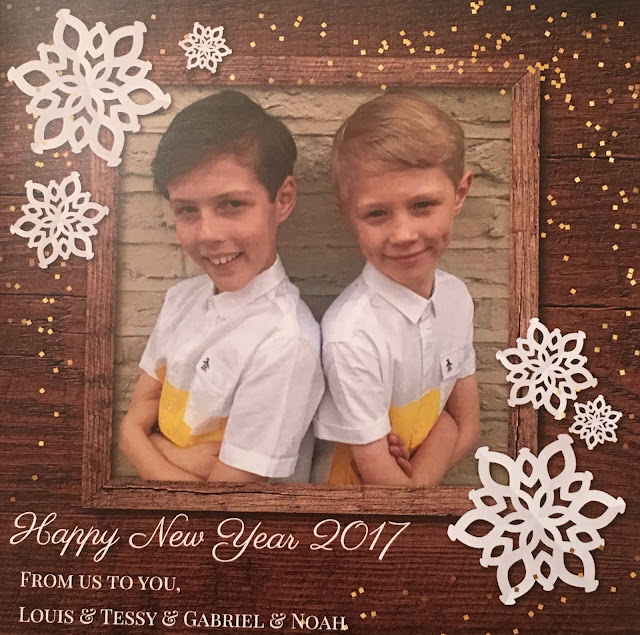 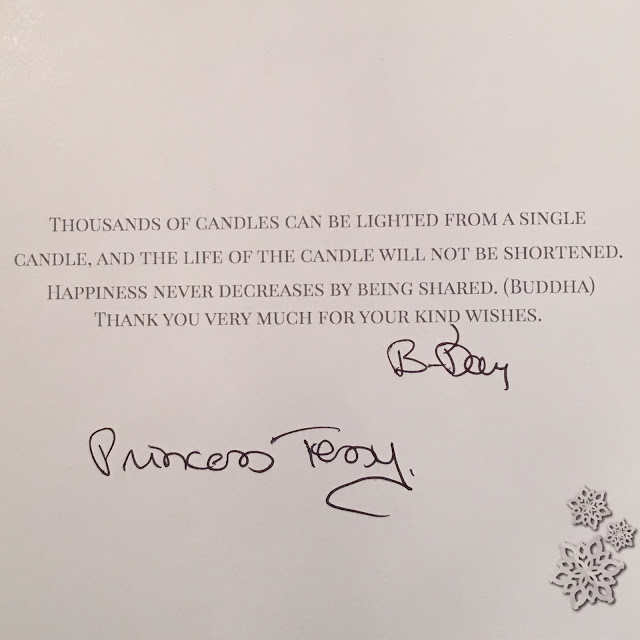 It does seem a little bizarre to see a Christmas card with both Louis and Tessy's names, as they announced their divorce a week ago. But I wish them much happiness, and hope they can have a good, friendly relationship like Prince Andrew and Duchess Sarah.

The envelope postmark doesn't have a date, but based on the usual time it takes for a letter to arrive here from the UK, this reply was sent right around the day the Palace announced the couple was divorcing. I'm glad Princess Tessy had some uplifting well-wishes to read during that difficult time.

I immediately recognized this reply. It's obviously from Belgium, and has the name of Queen Paola's residence, so I know it's from her. Queen Paola is King Philippe's mother. This is the 4th time I've written and gotten a reply from Queen Paola.

What is interesting to note is each of the envelopes from her have been slightly different. They have all had her purple crown. But the crowns have been varying sizes, sometimes on the back, or front on the envelope. And sometimes they have included the name of the royal residence. 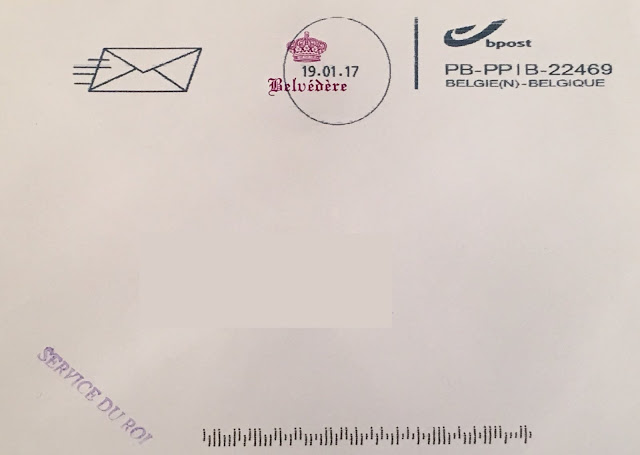 I had written to Queen Paola (age 79) earlier this month, after she had fallen, fractured her spine and was admitted to the hospital. She was there for about a week, and is now resting at home. She will have months of rehabilitation.

The note is written in French and translates to, "8 January 2017. Her Majesty Queen Paola was very touched by your kind wishes for a speedy recovery. The Queen thanks you very warmly." 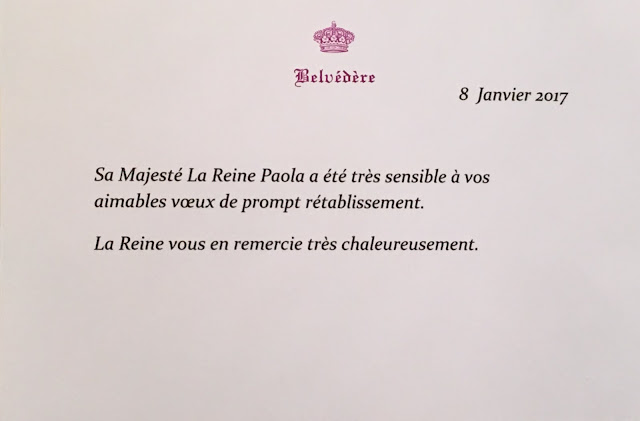 I had sent my letter on January 5th, so it took 2.5 week to get a reply, which is one of the fastest replies I have gotten from Belgium.

I did find the date on the reply interesting. When royals make up cards like this to send out to people, they usually either include no date, include just the month and year, or use the date of the occasion people are writing for (e.g. birthday). This way you don't have a problem of the date on the card being off from the date they send the reply, which sometimes can be weeks or even a month or two. In this case it was 11 days.

As far as the significance of January 8th: Queen Paola was released from the hospital on January 3rd, but we didn't find out till January 8th. So maybe it comes from that, or maybe that was just when her secretary was typing up the card. Not a big deal, I just find things like this interesting.

Also Check Out:
Other Replies
Christmas 2016 Replies
Writing to the Royals
at Tuesday, January 24, 2017