A lovely piece of royal mail was waiting for me when I got home from a weekend trip.

The reply is from King Albert II and Queen Paola of Belgium. They are King Philippe's parents. King Albert reigned from 1993 - 2013, before abdicating.

Their Christmas reply is a lovely card. On the front is a photo of the couple, with their 1st and only great-grandchild, HI&RH Archduchess Anna Astrid. She was born in May 2016, to the proud parents, TI&RH Prince Amedeo & Princess Elisabetta. 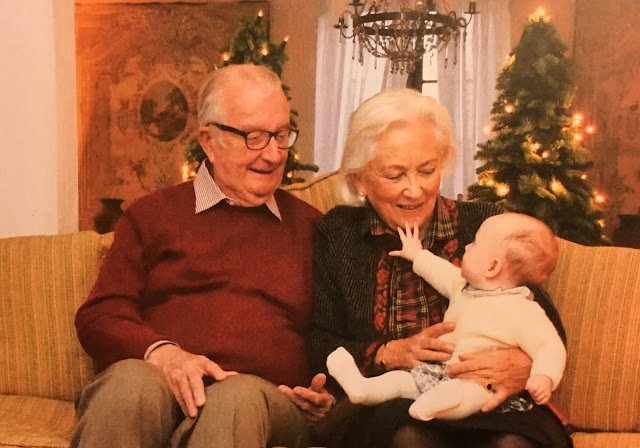 On the back is a short note. Translated it says, "Best Wishes for the Year 2017."  The note is in 4 languages, Belgium's official languages (French, Dutch, German) and Italian (which is Queen Paola's native language, as she was born and raised in Italy). 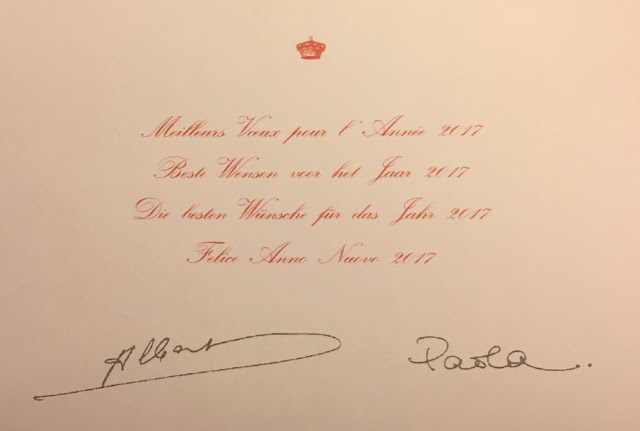 The two signatures are printed on.