A lovely piece of Royal Mail arrived today from Belgium. I had written in January for Queen Mathilde's 44th Birthday.

The reply is the same type as last year's, a typed card and picture. The card and picture are separate, unlike what you will see from some of the UK royals. The message is in French, the 2nd of three official languages in Belgium. 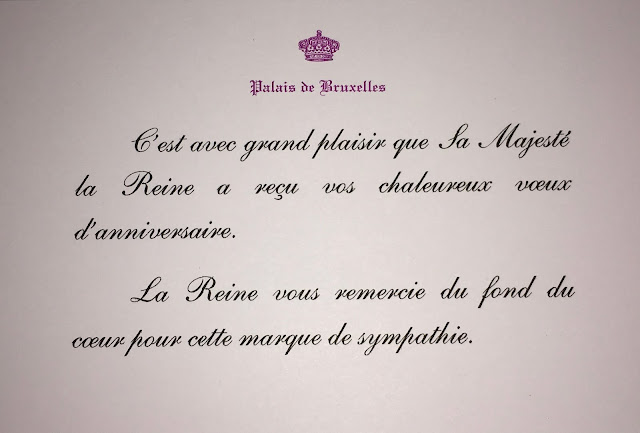 The card translated to "Palace of Brussels. It is with great pleasure that Her Majesty The Queen has received your warm birthday wishes. The Queen thanks you from the bottom of her heart for this mark of friendship."

As for the photo, I don't know much about it. I haven't seen it before. It looks like an official portrait, but it's not the Belgium Monarchy's website. I know they often take a batch of official photos of the whole family at once, that they will use through out the year. So we may find out more about this photo latter. 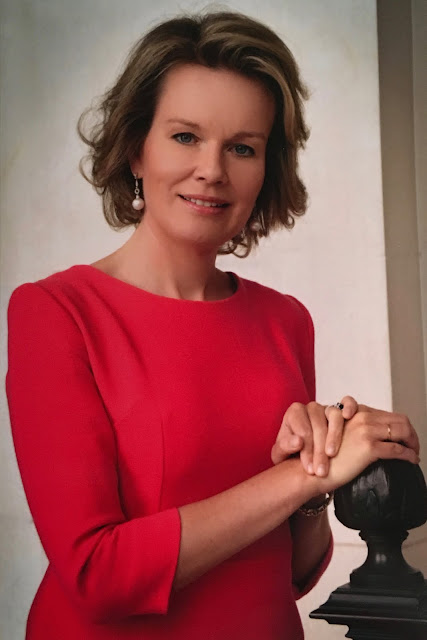 Also Check Out:
Other Replies
Writing to the Royals
at Tuesday, March 07, 2017