Today I received a lovely reply from Belgium. I had written to King Philippe of Belgium earlier this month for his 57th Birthday.

The card is similar to Queen Mathilde's Birthday reply from this year & last year's, except her card was accompanied with a photo.

I did write to King Philippe last year for his birthday, but the reply I got wasn't exactly a birthday reply. 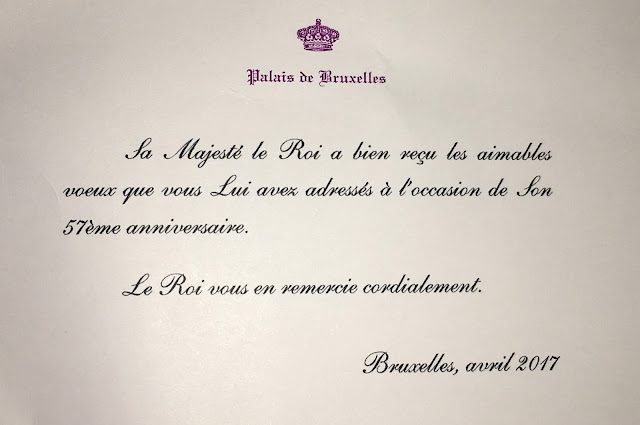 The message is in French, which is 1 of  Belgium's 3 official languages (Dutch, French, German). The message translates to:

His Majesty the King has received the kind wishes you have sent him on the occasion of his 57th Birthday.

Also Check out:
Belgium Replies
Other Replies
at Thursday, April 27, 2017