The envelope has a simple front, with a postmark and actual stamps. 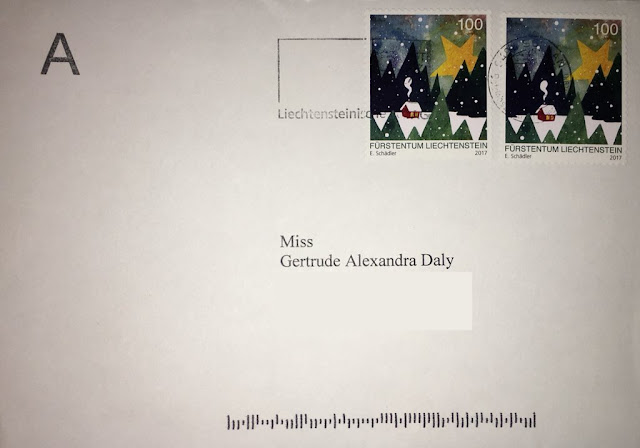 This letter marks the 1 year anniversary of me writing to the Liechtenstein Royals. This is my 5th reply from them. All the previous replies featured the same Butterfly stamp from 2009.

So, it is really great to see a new 2017 stamp being used & it's even more wonderful that it is Winter Themed. The stamp is called "Winterwald/Winter Forest" and was released on November 13th as part of their 2017 Christmas collection. 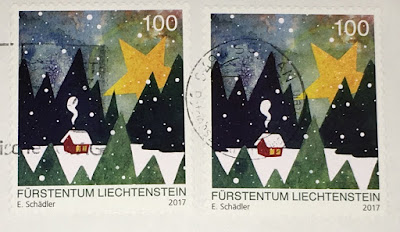 On the back of the envelope is the royal's address. 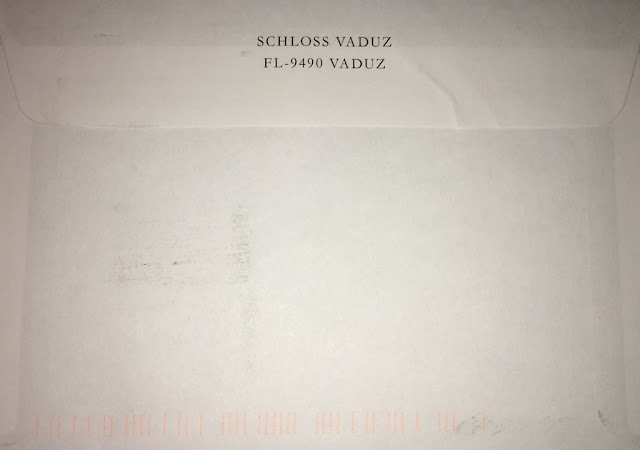 The card is their standard pre-made thank you card, with "Many thanks for your kind wishes" pre-printed on it. They then added the mention of her birthday, before Princess Sophie signed it.

I really like how they have this basic card they can use for anything, that they were then able to personalize for the event. I really love the rough edges and the embossed coat of arms. (You see a lot of embossed coat of arms on royal mail, but Liechtenstein has the nicest. The paper is really nice and thick, so the coat of armed is raised quite a bit.)

This is the same reply I got last year, except last year's had "Dear Miss Daly," handwritten as well. 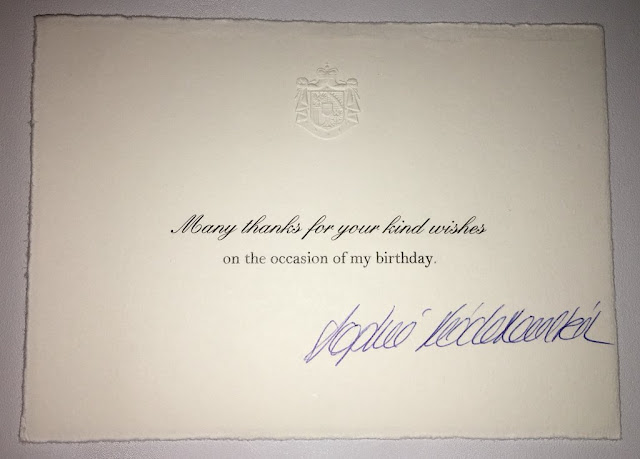 It is a very lovely reply, made extra special by the signature. I would have loved a mention that it was her 50th Birthday. I think it is important to denote the milestones.

Tuesday is our recommended Send By Date for Christmas Cards/Letters to the Royals. If you haven't gotten yours out yet, don't worry. It's not a big deal. It just means your card/letter may not arrive by Christmas. (Depending on your Country, some of you living closer to the Royals, have some extra time to send out your cards.) But I would get them ours as soon as possible.

Also Check Out:
Other Replies
Writing to the Royals
at Monday, December 04, 2017