A lovely reply arrived today from Belgium. I had written to Queen Mathilde last month for her 45th Birthday.

The reply is the typical for the Queen Mathilde's birthday, a photo and flat card.

The photo is new, they released it on her birthday. Based on the green windows, it looks like it was taken at Royal Greenhouses in Laeken. Princess Elisabeth's birthday photo from last year was also shot there, so it was likely done at the same time. 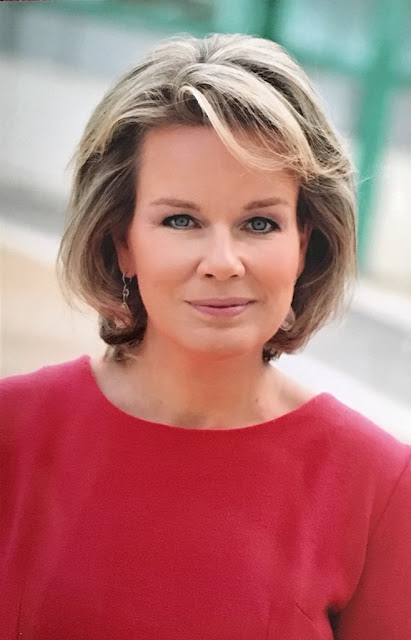 It's a very lovely photo. I will note that it looks like Queen Mathilde is wearing the same dress as the photo from last year's reply. But since this photo is head and shoulders and the other is waist up, the two photos don't look exactly alike.

With the photo is a premade card. They change the message up each year. 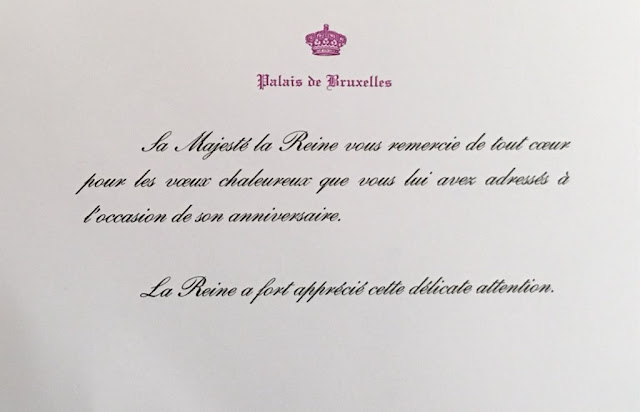 The message is in French. Translated it reads:

Her Majesty The Queen thanks you wholeheartedly for the warm wishes you sent her on the occasion of her birthday.

---
If you haven't already, be sure to vote on who you want to be added to our Royal Birthday List. We will end voting Friday evening. Right now it looks like we will be adding the Liechtenstein and Luxembourg Children (D, E+G). That will bring us up to 110 exactly. Ideally, I would love to have an extra spot or two for future royal babies and weddings, but we will deal with that when it comes.

Also Check Out:
Other Replies
Writing to the Royals
at Thursday, February 22, 2018