A reply arrived earlier this week from Belgium.

I had written in April to King Albert (83 yrs, abdicated 2013) to wish him a speedy recovery. King Albert was hospitalized twice in April as the doctors dealt with his Aortic Stenosis (narrowing of the heart valve). King Albert had two surgeries:

The front of the Envelope says it is from Belvédère Castle, King Albert & Queen Paola's official residence. 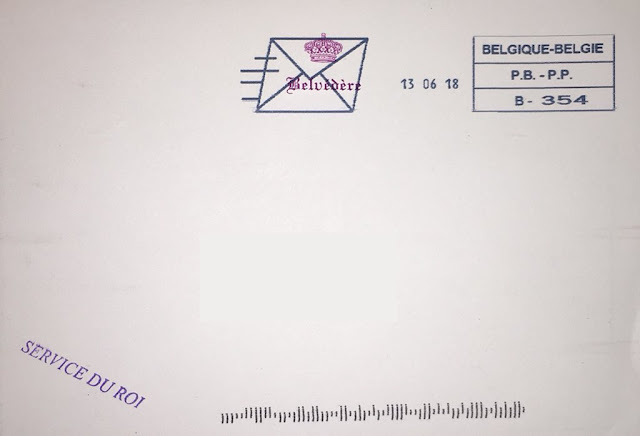 The reply is a flat card with typed message. 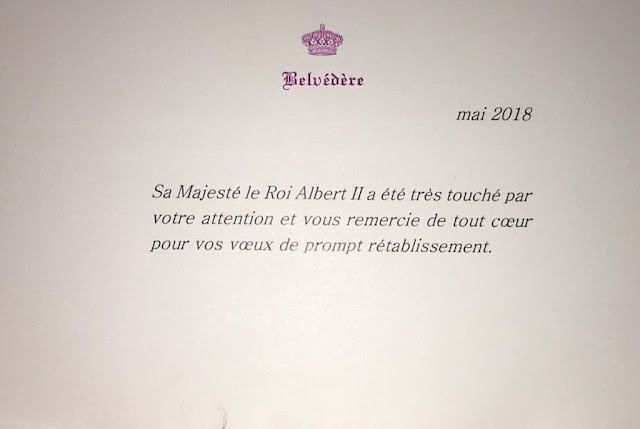 The message is in French, one of Belgium's official language. Translated the message reads:

Belvédère Castle
May 2018
His Majesty King Albert II was very touched by your attention and thank you wholeheartedly for your wishes for a speedy recovery.

Also Check Out:
Other Replies
Writing to the Royals
at Saturday, June 23, 2018