Question 1: Which Royals do you think will attend Easter at Windsor Castle

Answer: Attendance at Windsor doesn't change too much each year, so I assume people celebrate Easter like usual.
Expected:
Likely:
Not Expected:

Question 2: I'm new to this writing to Royals thing but I love Charles and Camilla and I would love to send them a letter congratulating them on their European tour. Is there a proper way to do this? What should I include in my letter?

Answer: We explain everything you need to know about Writing to the Royals here. It's the best place to start. We give a lot of good advice and tell you some things that would be good to do. But there isn't 1 proper way. If you have more specific questions feel free to ask.

As for what you should include in your letter? That is up to you. Good letters have a point; they're are specific and personal.  So I would explicitly say that you are writing to congratulate them on their tour of Europe. I would mention some specific things from the tour that stood out to you. And why they were meaningful to you.

Question 3: I wrote to Camilla in the beginning of February when she became a patron of the Battersea Dogs and Cats home, but I haven't received a reply yet. I'm obviously not expecting a personal reply, but I'm starting to get worried that my letter got lost in the mail.


Answer: 1-2 months is a normal response time. But it can take longer if they are busy. You've just hit the 2 months mark, but I wouldn't worry. Clarence House is good about answering all the letters they receive, but it takes time. The longest I've waited for a reply from Clarence House is 4 months.

Question 4: Can you write in English to all current European royal families?

I know for many of you, English is not your 1st Language. This is how I would rank your options:

I would try for a language in option 1.

If you really don't feel comfortable with options 1-3 and want to write in an "other language," I would make your letter bi-lingual. You can write your letter in your native language, say everything you want to say very eloquently, but then include, in English or one of the official languages, a rough translation. That way, if they have trouble translating your letter, they at least know the basic idea of what you are writing about.

Question 5: Do you know an address to the Habsburgs? I know that they don't lead public lives since Otto's death, but I would like to send them a letter.


Answer: I did find this address from 2011 for where to send condolences for the death of Otto.

I'm not sure if it will still work. Google Maps has the address marked as a software company. So it's likely they had an office there, but sold it and moved.


Question 6: Can I write to the Duchess of Cambridge to send my congratulations on the occasion of Pippa's wedding?

Answer: Sure, you can write for anything. There is nothing stopping you from writing a letter and sending it. The real question is will you get a reply.

Clarence House is really good about answering letters. But if you write to Kate about something that not really about Kate, I'm not sure how they would respond. If you get a reply, it will likely just be a basic generic letter thanking you for your support. People don't normally send congratulations to the sister of the bride when a couple gets marries. So it is a little odd and awkward. It's kind of like, who are you really writing to Kate? or Pippa? And it isn't Clarence House's job to answer Pippa's mail.

Obviously, the Cambridges do realize that there is a lot of interest in their lives, and their family. And they are glad to hear that people are supporting them. And I'm sure their office will get mail about Pippa's wedding. So you can send a letter if you would like. I just don't know if you will get a reply.

What I would suggest is:
Make your letter about Kate or the Cambridges, then mention casually mention Pippa's wedding. Then it is something Clarence House can reply to because you're writing about the Cambridges.

If you are writing for Princess Charlotte's 2nd Birthday in May, which is a few weeks before the wedding, you could mention her being a bridesmaid in Pippa's wedding. And say something like "Please pass on my congratulations to Miss Middleton & Mr. Matthews on their upcoming wedding. I wish them all the best."

Or if you wanted to write after the wedding, there is Prince William's birthday is in June.

Question 7: Why doesn't Princess Beatrice attend the Maundy Thursday service with the Queen like she did that one time? Cause she wants to do official duties like William and Harry.

Answer: Princess Beatrice attended the Maundy Thursday in 2012 because it was a special service. The service that year was at a church in York, so it made sense to have one of the Yorks there. They like to play up the whole idea of a royal being connected to the area their title comes from. If the Maundy Thursday service was in Cambridge, I'm sure the William and Kate would accompany the Queen & Phillip. But otherwise, the service is just usually attended by The Queen & Prince Philip.

It was also the Queen's Dimond Jubilee year that year. So, the service had some extra special stuff to mark that.

Question 8: Am I too early if I send out my Cambridge anniversary/Charlotte birthday letters before Easter?

Answer: No, you're good. You are a little early for Princess Charlotte's birthday, but not by much so you're fine. 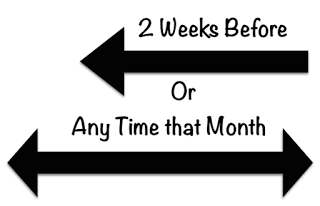 Question 9: If I send a letter to Zara to Princess Anne's office, will it be answered?


Question 10: When do you expect the Cambridge anniversary and the Charlotte birthday card will be released? Or do we have to wait and see what we get in the mail?

Answer: The Cambridges don't release what their card will be ahead of time. Nor do any of the British royals. You will just have to see what comes in the mail.

They will almost definitely release a set of photos for Princess Charlotte's Birthday, and it is likely they will choose one of those cards for her birthday reply.

It's very likely you won't get the usual photo card for the Cambridge's anniversary as the 6th anniversary isn't really a big event that people usually write for.

The only time a royal might release a photo of their cards is for Christmas. But those are their personal Christmas card, not what they send to well-wishers.

Question 11: What is the correct title for Duchess Sarah? Did she lose the HRH after the divorce or is she HRH Duchess of York? My question basically is that what should I write on the envelope and the "Dear ...," part. Thank you!

You have a lot of different options for the "Dear" line:
It would be incorrect to say:

Question 12: When will the Duke and Duchess of Cambridge, or Prince Harry be visiting New Zealand again?

Answer: No upcoming royal visits to New Zealand have been announced for the Cambridges, Harry or any of the British Royals. But there was a rumor a few months ago Prince Harry would head to New Zealand, Australia and Singapore in June. So maybe you will get lucky!


Question 13: Will you be writing for King Willem-Alexander's birthday? Do you think they'll send out photos this year (since it is his 50th)


Answer: I will be writing for King Willem-Alexander's Birthday. I need to get started on that.

It's hard to predict what they will do for King Willem-Alexander's 50th Birthday reply. This is his first big birthday since becoming King. I've never gotten a photo from the Netherlands Royals. And given that their replies tend to be really simple, I would think it is likely they won't send a photo for his birthday. They don't always reply to mail, so it's obviously mail is not a priority for them. But they do tend to reply for Birthdays, so you will definitely get a reply for this.

Question 14: Is there a polite way to let royal offices know that they misspelt my name? Both the office for the Duke of York and Clarence House misspelt my first name and it's bothering me a little. I always write crystal clear and now I even printed stickers with my name and address on them but I'm afraid that the damage is done.

Answer: I'm pretty sure the computer system where they store people's name and address is linked between the different royal offices, so once it gets in there wrong, the problem will continue. I know when they changed my address after I moved, they misspelled the name of my State. So it's wrong on all the envelopes now. I don't worry about it because it's just an extra "n" and the mail still gets to me. But they can change your name, they just need to realize they have it wrong in the system. Because once it's in their system they likely just assume it's right and never double check.

Kellie (with an ie) Jones

That way it's a casual mention, this is how I spell my name. I've seen this with a number of people who have commonly misspelled names. The person then is thinking oh, I need to make sure I spell her name correctly. I better make sure it's in the system correct. They will see it is wrong and fix it. It may take 2 times, if people are busy and skim over the letter.

Answer: Queen Maxima is HM (Her Majesty). All of the currently reigning Queens or Queen Consorts, who use the title Queen, are HM.

You only need to question their style when the monarch or spouse, uses Princess, or Grand Duchess.

Question 16: I wanted to ask if you know what studies private secretaries of for example Cambridges, Prince Harry or Prince of wales has completed? Was it maybe something connected with PR? And how about other countries Denmark or Sweden for example?

Answer:
To be a private secretary you can study anything you want. It doesn't really matter.  We've even seen people not go to University. There is also a lot of people who were in the military.

Some of the things Private Secretaries for Europe's royals have studied:

Question 17: Are we sure to get a reply for princess Charlottes birthday? I'm asking because they thanked everyone on Facebook and Instagram for their birthday wishes and I'm scared that we won't be getting a photo of her in the mail.

Answer: The Cambridges will still send out their usual photo card reply. Don't worry.
They just wanted to make sure they thanked everyone for Princess Charlotte's Birthday Wishes. Most people only wished Princess Charlotte a happy birthday on Social Media, so they have to say thank you there. They have done this in the past.

The Duke and Duchess thank everyone for all the lovely birthday messages they have received for Prince George. pic.twitter.com/DAX6RQmbg6
— Kensington Palace (@KensingtonRoyal) July 22, 2016