The address on the envelope it handwritten, which is very lovely. This is the 3rd time I've gotten a handwritten envelope, and it all ways makes the reply even more special.

It is interesting to see that this letter was sent by 2nd class mail. All my other letters from the UK Royals have been sent 1st class. But it didn't cause any delay in arriving.

Inside is a letter from Miss Elsa Meagher, the Personal Assistant to the Private Secretary of Prince & Princess Michael of Kent. On the top of the letter and the back of the envelope is a simplified version of Prince Michael's Coat of Arms. 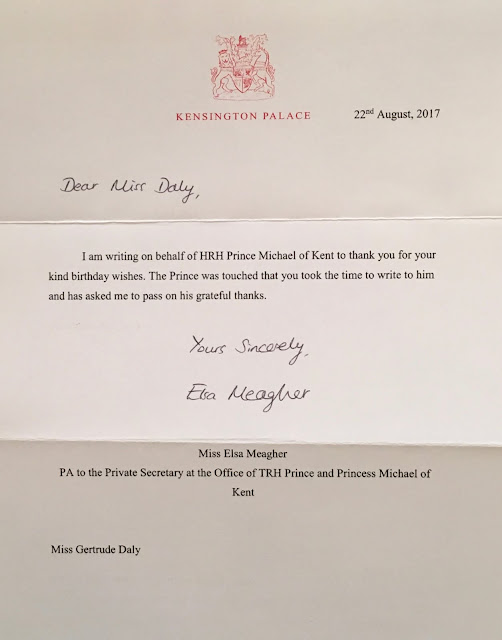 Here is a close up of the simplified coat of arms. This is very interesting because it appears to be a hand-drawn coat of arms. It is missing some of the details of the Prince's coat of arms, but I like the ruggedness of it. 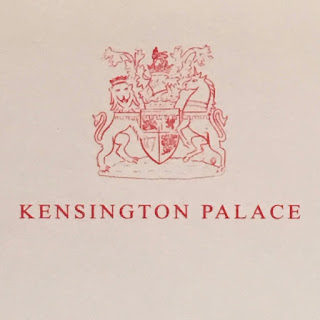 The letter is an interesting size. It's in-between the normal letter and half size.  You can see it here compared to our two other replies we got today. 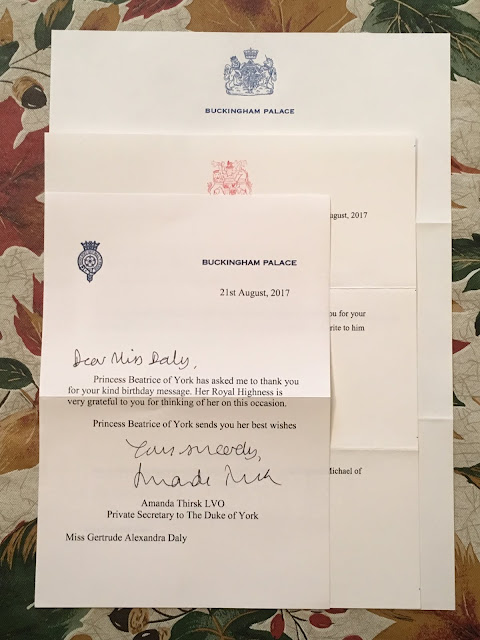 The 2nd reply is from Princess Anne, who celebrated her 67th birthday earlier this month.

The envelope is again similar to what we usually see from the British Royals. But, what is interesting is the double postmark.

It's a little hard to make out the 2nd postmark on this envelope, but it says, "Royal Mail Supports Mental Health Awareness." 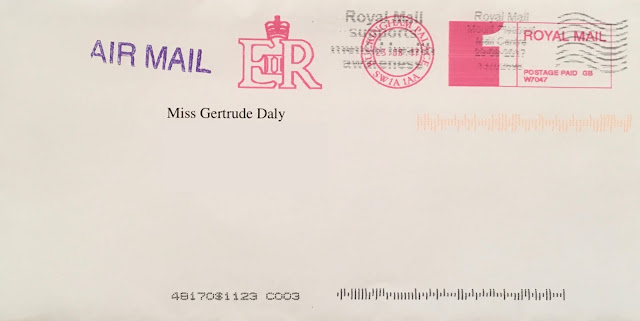 The charity was chosen by Royal Mail employees. The two runner ups were Mental Health UK and Mind, which the Royal Mail will still continue to support.

The Royal Mail is also an official sponsor of William, Kate & Harry's Heads Together campaign. 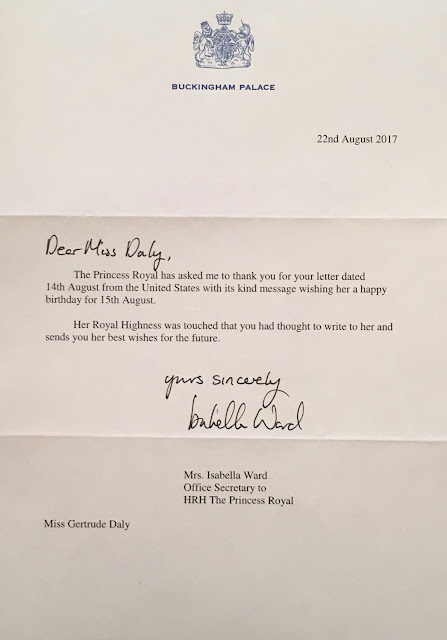 Also Check Out:
Other Replies
Writing to the Royals
British Royal Postmarks
at Monday, August 28, 2017