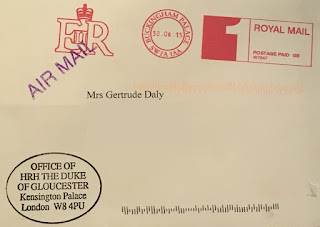 I received this in the mail a few days ago. I had written to the Duchess of Gloucester for her 69th birthday. She is the Queen's First Cousin.

The front of the envelope looks exactly like any piece of mail you will receive when writing to any member of the British Royal Family. Except that it has Office of the Duke of Gloucester stamped on the front. Most other Royal Mail will have the monogram of the Royal on the back of the envelope.

When couples in the BRF send letters it always comes from the more Senior Royal. I.E. the spouse who was born royal, not married in. Which might be why this envelope is stamped Duke of Gloucester, not Duchess. 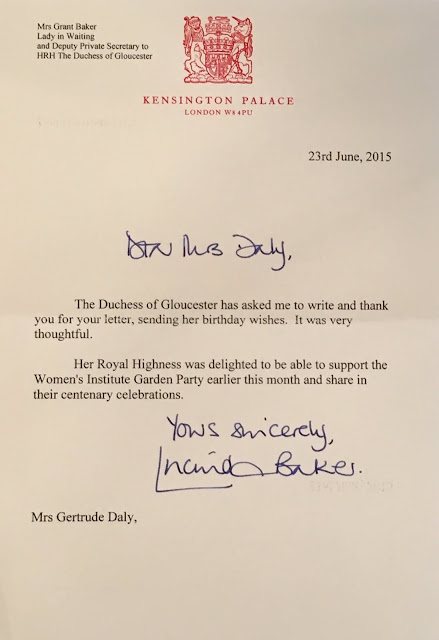 I don't quite remember when I sent this letter, but it was most definitely some time in June; I normally write letters at the beginning of the month, and the mentioned WI Garden Party occurred June 2nd. This letter was answered pretty promptly, 3 days after the Duchess's Birthday, but wasn't mailed out till a week latter.
at Thursday, July 09, 2015