The second response I got today was from Princess Anne. I had written to Princess Anne after it was announced earlier this month that she was sick with a chest infection, had been at Aberdeen Royal Infirmary in Scotland for tests, and had to cancel a week of engagements. (She later canceled more engagements, and overseas visits.) 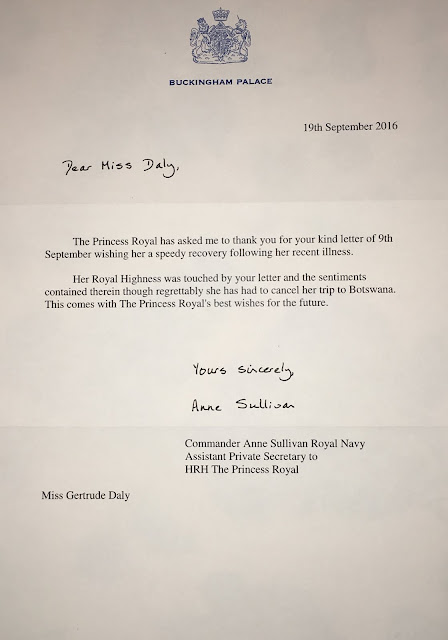 In my letter, I wished her a speedy recovery and hoped she would be well enough to resume royal duties shortly. I had also mentioned her trip to Africa this week, as I thought her trip to Botswana for their 50th independence anniversary was an important celebration, she surely wouldn't want to miss. She did end up canceling the trip, and Prince Andrew went in her place. 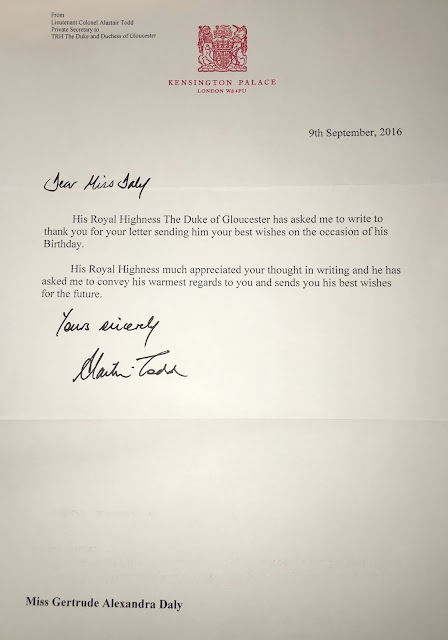 Each year most of the European monarchs give a speech to Parliament (or Senate, etc.) to mark the official opening of the new Parliament year. This ceremony is often called the State Opening of Parliament or Speech from the Throne.

We will list each speech in its original language, as well as any other languages the speech was provided in. Speeches Gert's Royals has translated into English are marked "English Translation."

Prince Harry's count of engagements for 2017 is 169
(162 + Tour of Denmark 7)
(Unconfirmed) - Not Officially Confirmed/ Announced, Yet, but Expected
(Possible) -  Not Confirmed or 100% Expected, but Possible due to past appearances or reports of their attendance

(Past Months at bottom of Page)