King Carl Gustaf of Sweden turns 70 on April 30th. To celebrate this milestone birthday there will be a number of event to celebrate 25th - 30th April.

(Swedish Royal attendance will remain constant throughout the day. Sofia will only attend the morning part of the celebrations on 30th.)

(Princess Estelle, Leonore, Nicolas, Oscar & possibly Alexander may make appearances, but will not be attending most of the events.)


Type text or a website address or translate a document.
Cancel
Translate from: Swedish
Bulgaria: King Simeon and Queen Margarita

(Stay over night at a Gurkha homestay)

Email ThisBlogThis!Share to TwitterShare to FacebookShare to Pinterest
Labels: 2016, nepal

The 2nd piece of Royal Mail that arrived today is from Belgium. I had written to Queen Mathilde for her 43rd Birthday last month.

The envelope looks similar to the other ones I have received from Belgium. Unfortunately the postmark has been placed over the royal cypher. Sometimes, the Belgium Post is nice enough to place it at the bottom of the letter, so it doesn't ruin the cypher. 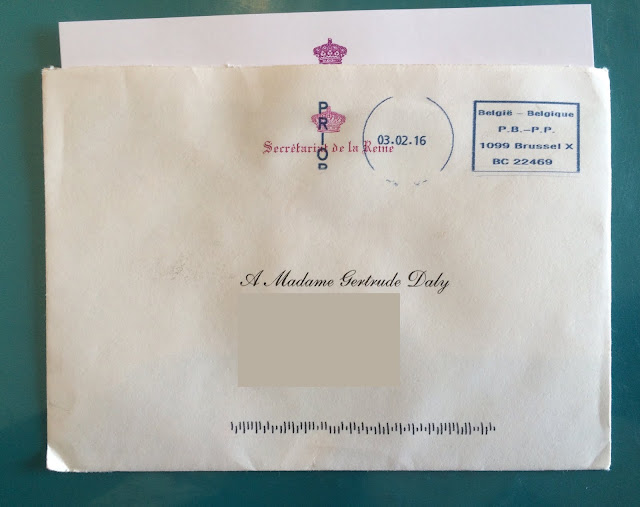 While all the envelopes from Belgium have been similar, they have all been slightly different. What was most interesting is that the crowns have been different. It's understandable the crown on different royal's Monogram would be different, but I would expect "Palais de Bruxelles" to always use the same crown. And for the crown on the envelope to match the card inside. 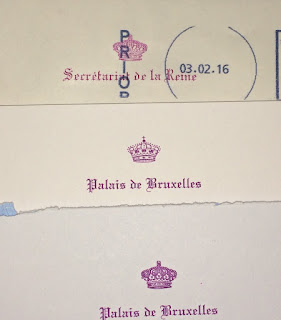 Inside the envelope is a typed note. And you will notice the crown here, does not match the one on the envelope. The message is in French, the 2nd of three official languages in Belgium. 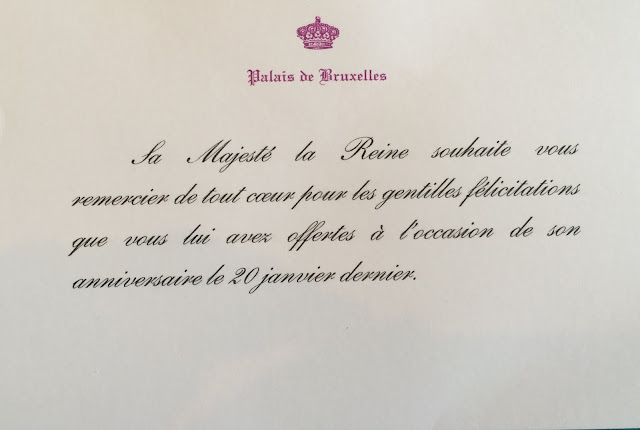 The Message reads: "Her Majesty The Queen would like to thank you very much for the nice congratulations you offered her on the occasion of her birthday on 20 January."

Included with the card is a picture of Queen Mathilde, taken by Christian Lambiotte. 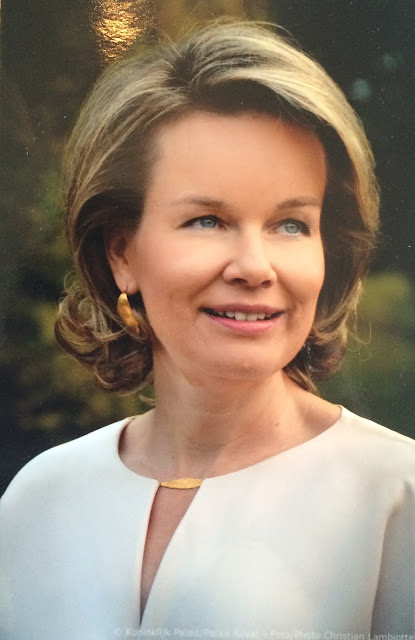 The reply came just a few weeks after her birthday, which is a great response time.

Also Check Out:
Replies from Belgium
Other Replies
at Saturday, February 13, 2016


Queen Elizabeth II is the oldest currently reigning monarch, and well as the longest reigning British monarch. On 21st April this year, Her Majesty will celebrate her 90th birthday.

The Duke and Duchess of Cambridge went on a Royal Tour of India and Bhutan April 10th-16th, 2016. While on the Tour they undertook 27 Joint Official Engagments.