I received 2 pieces of royal mail today, which made me very happy. I had been getting a little impatient as it had been over 3 weeks since I received my last reply.

The first piece of mail is from Princess Eugenie of York. I had written to her in March for her birthday. The reply is fairly typical of what you see from the Yorks. 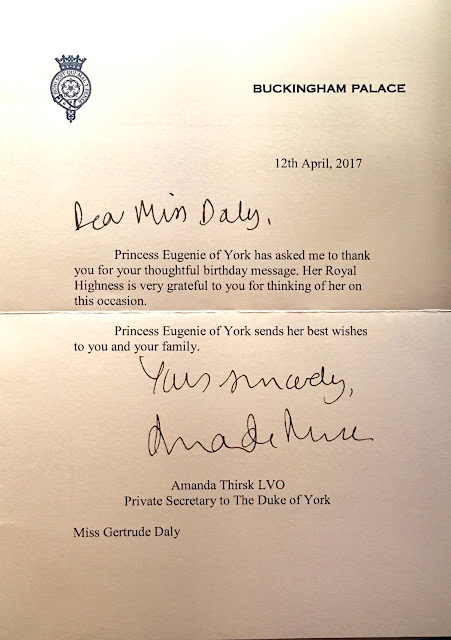 Like usual the reply is written by Amanda Thirsk, Prince Andrew's Private Secretary. Both my 2015 & 2016 Birthday reply for Princess Eugenie came a bit earlier in April, but it's still a good response time for the Yorks.

The 2nd reply is from Princess Marie of Liechtenstein. Her husaband, Prince Hans-Adam II, is the ruler of Liechtenstein. But he offically steped down from the day to day decision making in 2004, making his son Heretary Prince Alois regent. I had written to her earlier this month for her 77th Birthday. We actually have the same birthday, April 14th. 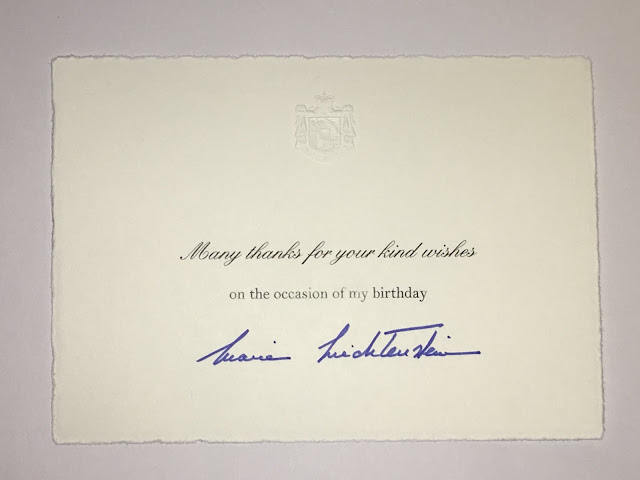 The reply is the same kind of card as my 2 other replies from Liechtenstein. Although the other two had "Dear Miss Daly" written above the message. The signature at the bottom reads "Marie Liechtenstein." I'm not sure if it's a real signature or an autopen.  I love the texture on the edge of the card. And the embossed coat of arms is really nice, you can really feel it stick out from the paper. I'm surprised by how detailed the embossing can get. Here is a better look at it. 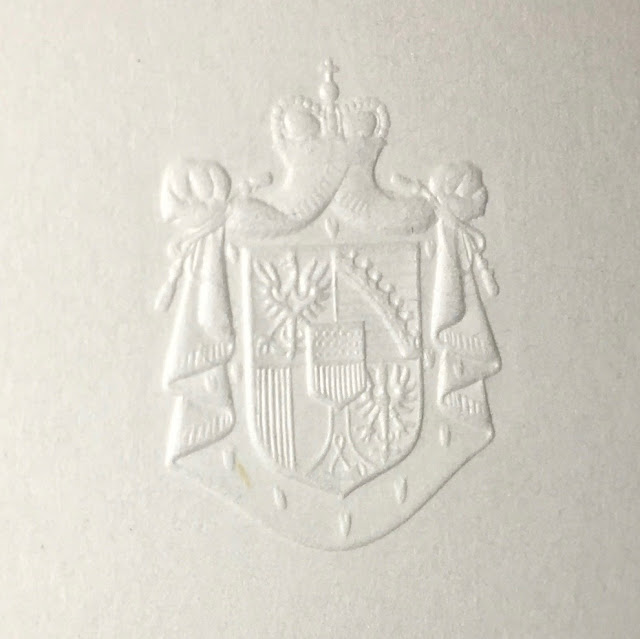 Also Check Out:
Other Replies
Writing to the Royals
at Monday, April 24, 2017