A lovely reply arrived from the Netherland's today. I had written to Queen Máxima in May for her 46th birthday.

The envelope is the usual from the Netherland Royals.  The message under the Blue Crown reads Dienst Van Het Koninklijk Huis (Bureau of the Royal Household). 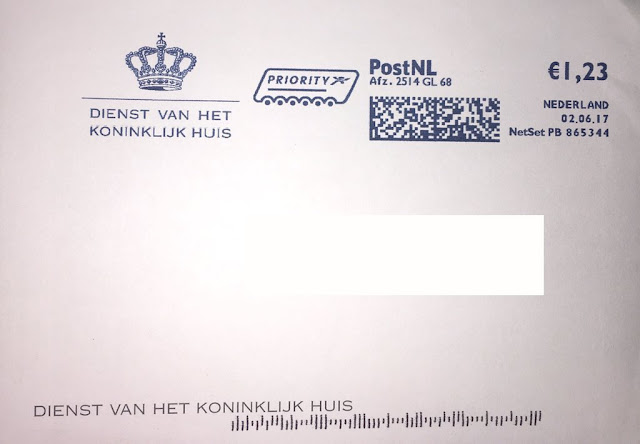 Inside is a simple pre-typed thank you note, with the Queen's monogram on top. The reply is exactly the same as Máxima's  Birthday reply from last year. 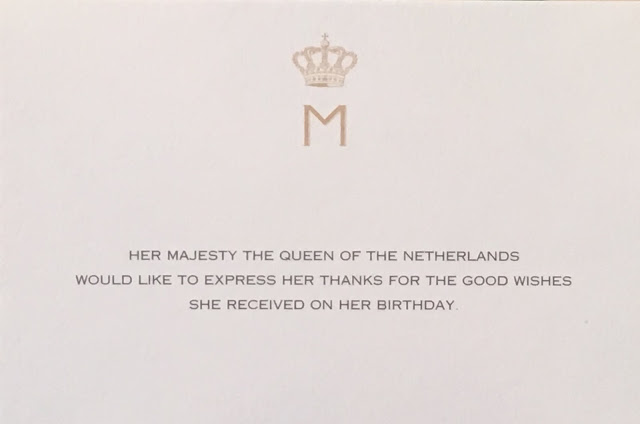 The reply arrived less than a month after I wrote, so it is a great response time. It was a little earlier than last year's reply.

I haven't gotten a reply for the letter I wrote for King Willem-Alexander's Birthday in April. His birthday is a few weeks before his wife. But it's understandable that they are busy, especially since it was his 50th Birthday this year. I have seen other people get a reply for his birthday, so I expect mine shortly.

Also Check Out:Other RepliesReplies from the Netherlands
Writing to the Royals
at Wednesday, June 07, 2017