The 2nd reply is also from the UK, for the letter I sent Prince Andrew for his birthday. The envelope is the typical we see from the working British Royals. (Prince Andrew's cypher is on the back.) 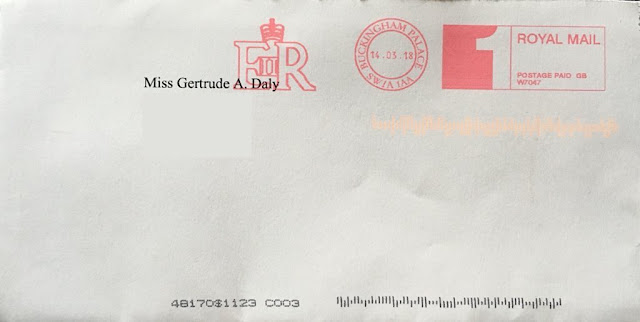 The letter is the usual from his office. It is interesting that it doesn't mention the main reason I wrote, which was Prince Andrew's birthday. 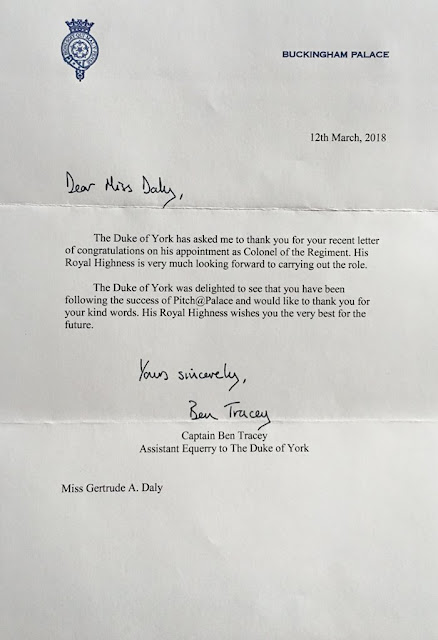 You might remember Captian Tracey from last year's Remembrance Sunday service, where he laid Prince Philip's wreath at the Cenotaph, while Prince Philip watched from the Balcony above with the Queen.

It is a little sad to see Prince Philip handing down some of his staff, but now that Philip is retired I guess he no longer needed an Assistant Equerry. Captain Ben Tracey is a member of the Grenadier Guards, so it makes sense he would shift to working with Prince Andrew, as Philip passed down his position as Colonel of the Grenadier Guards to Prince Andrew in December.

Also Check Out:
Other Replies
Writing to the Royals
at Saturday, March 24, 2018