Today, I received what may be the last letter of 2015, Prince Charles's 67th Birthday reply.

This reply was very intresting, because it was the first reply I have gotten from Prince Charles that wasn't a letter. Instead the reply is a postcard-size picture with a typed message on the back. This is the standard reply when writing to the Cambridges or Prince Harry. 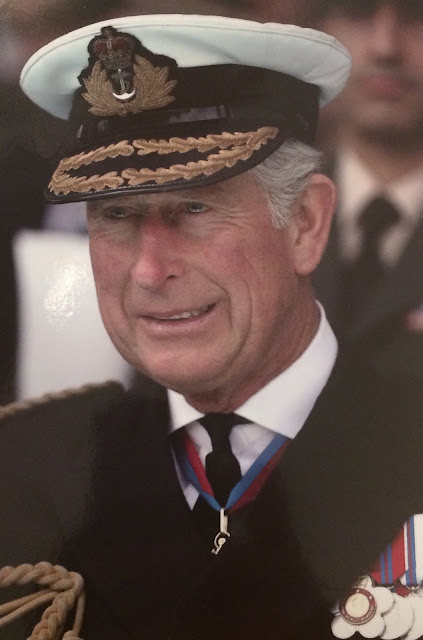 Duchess Camilla will often send out pictures, with typed messages on the back, usually hand signed. Although those are double this size.

The picture is from Prince Charles's visit to Turkey on April 24 for the Centenary of the Gallipoli Campaign and Anzac Day. Prince Harry accompanied him.

The reply was post marked December 23rd, which is just 1 1/2 Months after I sent my letter. A great response time. 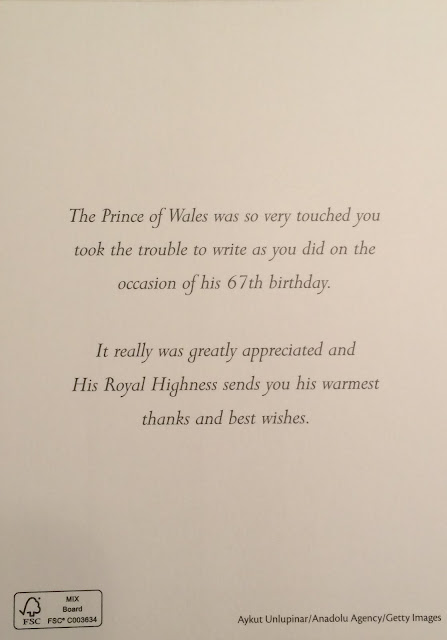